Dr Sigmund Freud (1856-1939) was the founder of psychoanalysis and the psychodynamic approach. The prefix psycho means “mind”, and the suffix, dynamic means “action”. This is the study of the actions of the mind.

Often, we do not see our mind as an active agent in the experiences of our lives but proponents of this theory teach us that the mind not only plays an important and active role in everything we do consciously, it also has a significant role in things we do unconsciously. This school of thought emphasised the influence of the unconscious mind on behaviour. Furthermore, other approaches were expanded upon and modified by the theorists, Carl Jung, Alfred Adler, Erik Erikson and Eric Berne.

Psychoanalysis, analytical-psychology, and psychodynamic psychology are sometimes referred to as “the grandfather of all therapeutic approaches”. This is because it is the first organised way of studying the actions of the mind, and all other models owe some concepts and principles to this modality.

Freud believed that the human mind was composed of three elements:

Ego. The largely unconscious part of personality that mediates the demands of the id, the super-ego, and reality. The ego prevents us from acting on our basic urges (created by the id), but also works to achieve a balance with our moral and idealistic standards (created by the super-ego).

Id. The personality component made up of unconscious psychic energy that works to satisfy basic urges, needs, and desires.

Superego. This component of personality is composed of our internalised ideals that we have acquired from our parents and from society. The super ego works to suppress the urges of the id and tries to make the ego behave morally, rather than realistically.

Psychodynamic theory was the dominant school of thought within psychiatry and clinical psychology during the first part of the twentieth century. Early psychodynamic approaches focused on the inter-relationship of the mind (or psyche) and mental, emotional or motivational forces within the mind that interact to shape a personality.

According to Freud, the conscious and unconscious parts of the mind can come into conflict with one another, producing a phenomenon called repression (a state where you are unaware of having certain troubling motives, wishes or desires but they influence you negatively just the same).

Most psychodynamic approaches are centred around the concept that some maladaptive functioning (a behaviour or trait that is not adaptive and it is counter productive to the individual) is in play.

Conscious. In Freud’s psychoanalytic theory of personality, the conscious mind includes everything that is inside of our awareness.

Preconscious. Is applied to thoughts which are unconscious at the particular moment in question, but which are not repressed and are therefore available for recall and easily capable of becoming conscious.

Unconscious. A reservoir of feelings, thoughts, urges, and memories that are outside of our conscious awareness. Most of the contents of the unconscious are unacceptable or unpleasant, such as feelings of pain, anxiety, or conflict. 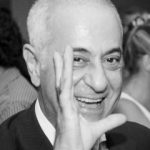